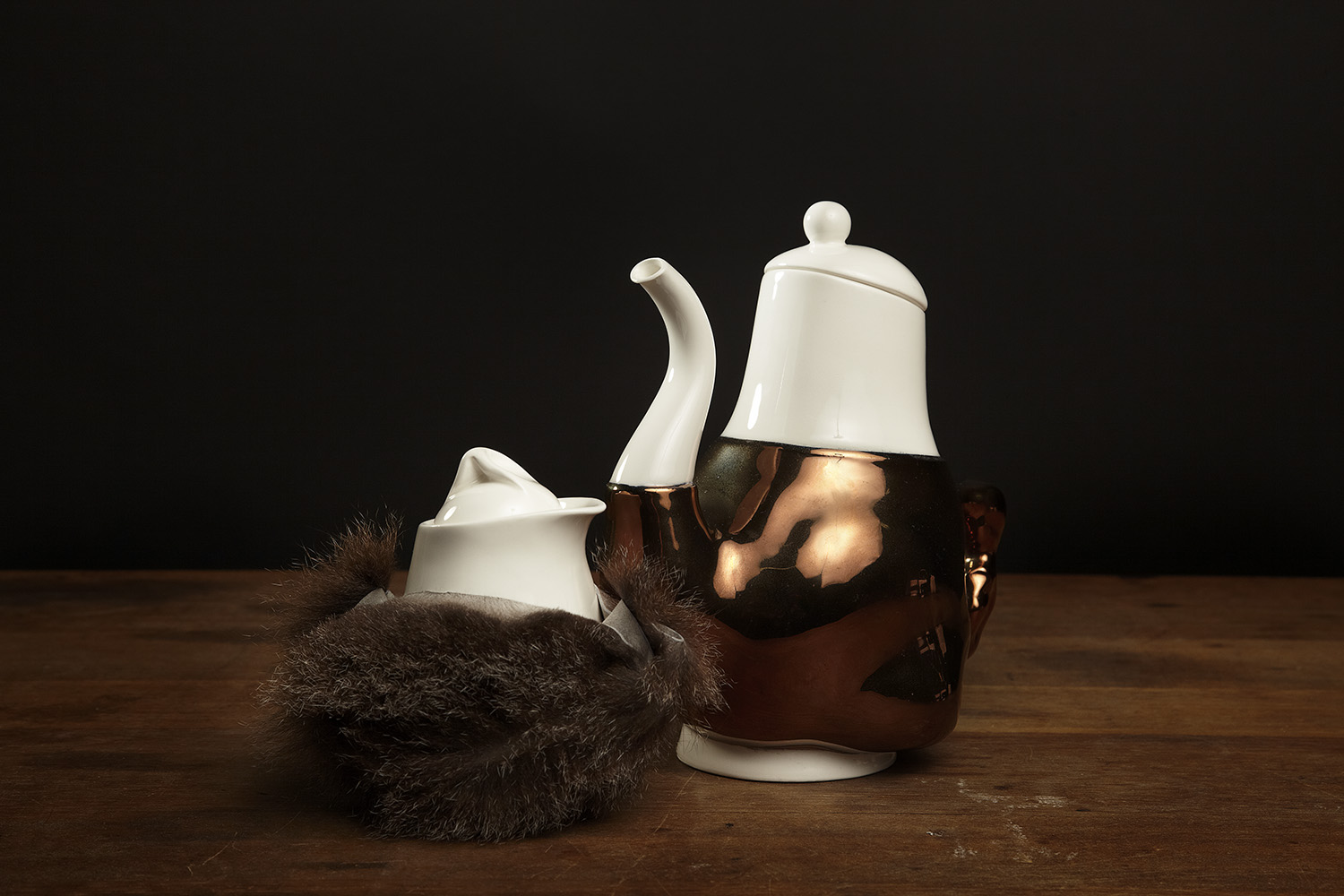 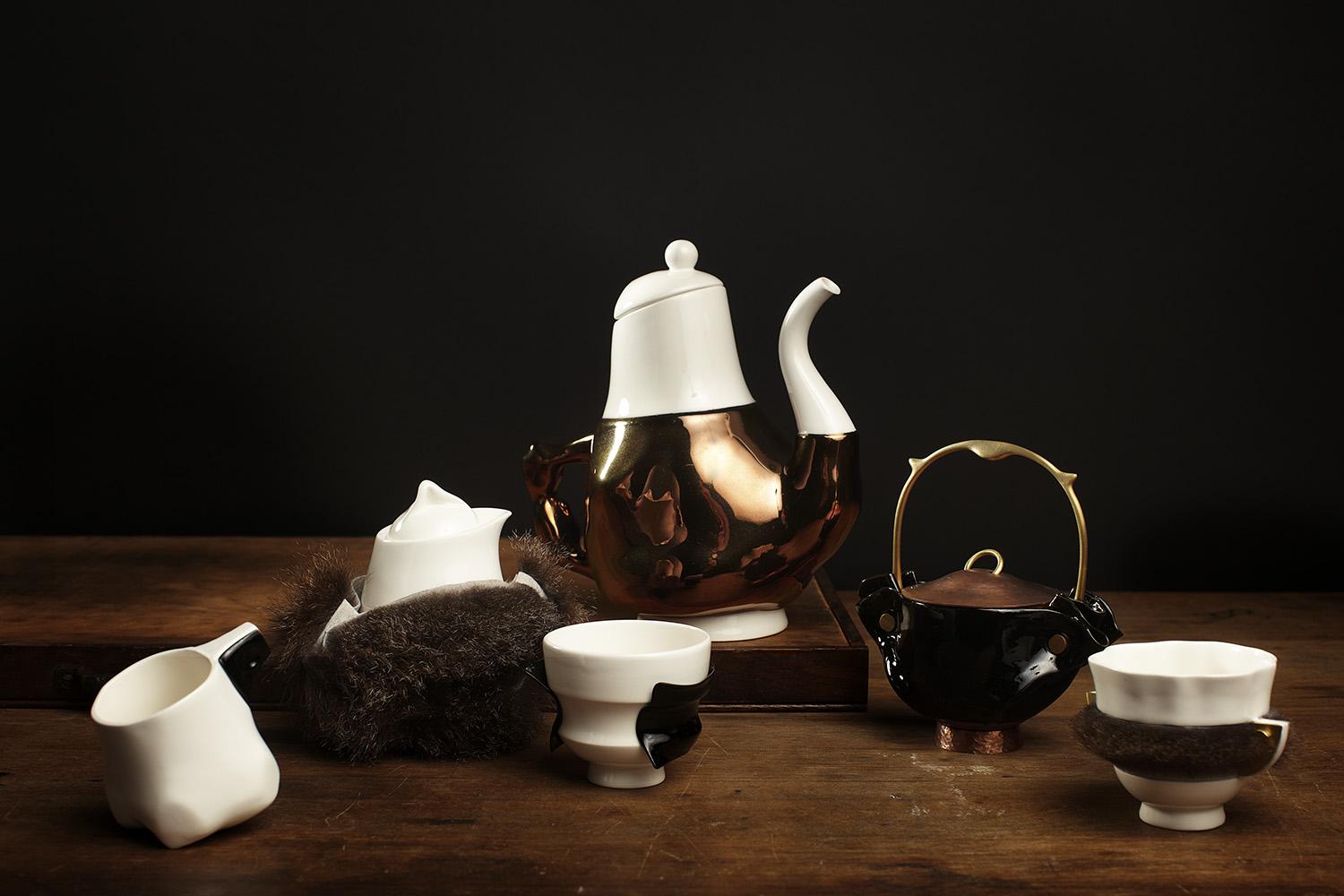 In 2011 Trent Jansen approached Rod Bamford to help realise his design for the Broached Commissions ‘Colonial’ project, a collection of bespoke designed objects based on a events in Australian history.

The tea service concept consists of a teapot, milk jug, sugar bowl and three cups. Each of the tea set items ‘represents a member of the Briggs Family, which was formed during the turbulent early decades of Van Diemen’s Land. For Jansen, the Briggs family depicts a microcosm of the many varied relationships colonial and Aboriginal people forged during this period of Australian history’ ^

The broached Commissions brings a collaborative approach to the research and design process, linking together historians, designers, artists and craftspeople to combine their expertise to create contemporary bespoke works which reflect an perspectives on Australian culture through relationships between objects, people and historical events.