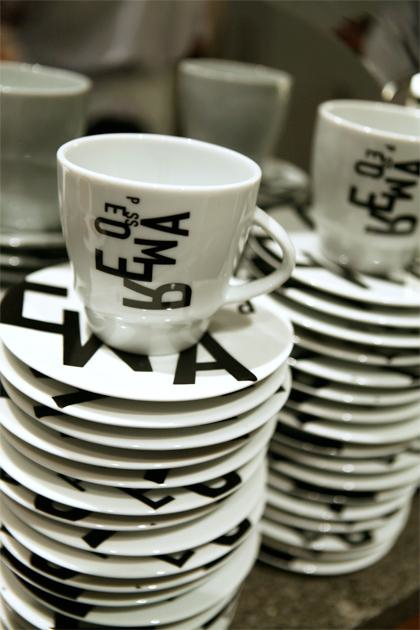 The Original Cup Suite, a high quality white porcelain café drinking suite, includes cups, beakers and an innovative ‘universal saucer which fits all the drinking vessels, saving space in the café environment and cost. Over the ensuing years the suite has grown to include an additional Tazzalta mug and prototype for a desert bowl.

“The Cup Suite was created from a desire to combine the aesthetic and the practical. Each piece looks and feels right, presenting as a simple and uncluttered form. Both the proportions and the volumes have been carefully considered so they feel good to hold and drink from.”